Many people ask, who is the “Apaktone” (Ah-pahk-toe-nay)? The word means “elderly father” in the native language of the Amarakairis and it is this name that the Amarakairis gave to Father Jose Alvarez Fernandez, a Dominican missionary, during one of his most dangerous expeditions into the Peruvian Amazon.   To know the man, is to know the story of this legendary figure in the history of the Dominican missionaries. 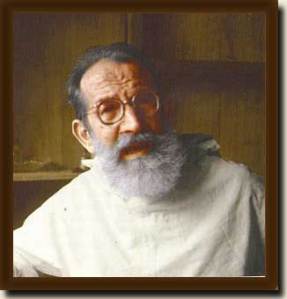 He was born in Cuevas (Belmonte-Asturias), Spain on May 16, 1890.  He made his solemn profession to the Order of Preachers on October 4th, 1909.  He was ordained a priest on July 26, 1916.  He studied in the city of Corias and Salamanca.  However in his heart was a yearning and urgency to become a missionary.  For this reason, his ordination was made a year early so that on December 24th, 1916 he could depart for Peru aboard the steamship “Montevideo”.  He arrived in the port of Callao on January 21st, 1917.

A short summary of his life is impossible without the details of each of his expeditions and adventures in the Peruvian Amazon.  His life is a palpable testimony and witness of God’s mercy, and an endless diary of anecdotes of missionary life.  He tirelessly traced the courses of rivers and streams, jungles and wilderness, in every possible direction that would lead him to a child of the jungle: his beloved “princes and princesses”.

He embarked on hundreds of expeditions into the darkness of the Amazon to establish first contact with new cultures, and to discover among them the presence of God.  He endured constant isolation during long canoe and cutter boat treks along the many tributaries of the Amazon seeking these unknown and abandoned peoples.  Few men were more knowledgeable about the deep regions of Madre de Dios and the forgotten natives that were ignored by modern society.  He brought with him a wealth of knowledge and experience of the anthropology, linguistics and geography of the region. River pilots would invite Father Jose to ride with them in the bridges of their boats to learn the difficult geography and update and correct their navigational charts. Simultaneously, he would also update and correct their spiritual compasses.

Whether he was in Peru or Spain, preaching in parishes, universities, academies, schools, and theaters or among religious communities, or whether he was preaching on radio or television, he was quick to share generously his knowledge about the fascinating world of the jungle primeval that he harbored in his spirit.  His speech was charming and inimitable, full of humor and apostolic fervor.  It was a reflection of his dominant passion-the saving of souls. He was a tireless conversationalist, a clever humorist and sophisticated in social mores.  He spent long seasons in the solitude of the jungle surrounded by his children: the Huarayos, Toyeris, Amarakairis, Mashcos, Kareneris, Matsigenka, and the many other peoples of the lower Amazon.

Only God knows the sum of his sacrifices.  The miles traversed on rickety canoes in the crushing tropical heat and the days trudging through the jungle thicket under torrential rains, were endured to reach to most remote souls of the jungle waiting to hear the word of God.  Only God knows how many rosaries and prayers he planted among the riverbanks, valleys and forests.  His whole life is an authentic catechesis and a miracle of love towards the most needy.  Divine Providence followed his steps when he was able to walk away unscathed from river rapids, or when he was protected from the arrows directed towards him by the same people who were the mission of his life.

The Peruvian nation recognized the Apaktone’s service to the children of the jungle and awarded him the Great Cross for distinguished merits.  The Spanish government made him a Knight of the Order of Isabel la Catolica for his service in the Peruvian missions.

It was therefore fitting, and no coincidence, that on the 19th of October, 1970-World Mission Day-he embarked on his longest and most joyous mission.  In final agony, unable to speak, his eyes fluttered when hearing the names of the rivers he traveled, and the jungles he crossed.  The Apaktone, the “elderly father” was at last making his final journey to the Eternal Father.

On August 1st 2000-Year of the Jubilee-the cause for his canonization was introduced to the Archdiocese of Lima.  Currently his Cause for Canonization is under consideration in Rome.

We know that the Apaktone is extending from his abode in Heaven his charity and generosity towards everyone.  His intercession is priceless for our us.  Hundreds of testimonies throughout the world have now affirmed his intercession.  To some he has interceded for failing health, and to others for failing spiritual health.  To many more, he has taught to accept the life of the cross and transform it into a life of ultimate freedom and happiness.  He teaches all of us to accept the will of God in our lives and live as His children.

Father Jose Alvarez Fernandez was a great missionary who though born in a tiny town in Asturias, became a heroic figure whose life was a model of Christian virtue through his missionary vocation. His life was an imitation of Christ.  He lived in poverty, embraced his pastoral work, and was devoted to the Blessed Virgin Mary.  He consecrated 53 years of his life to the missions in Amazonia.

We invite you to get to know the “elderly father”, the “Apaktone”.  Invoke his intercession for your spiritual and temporal needs and for the miracles needed to achieve his Canonization.  Share the story of his life with those you know and those who are in most need of conversion and knowledge of God.